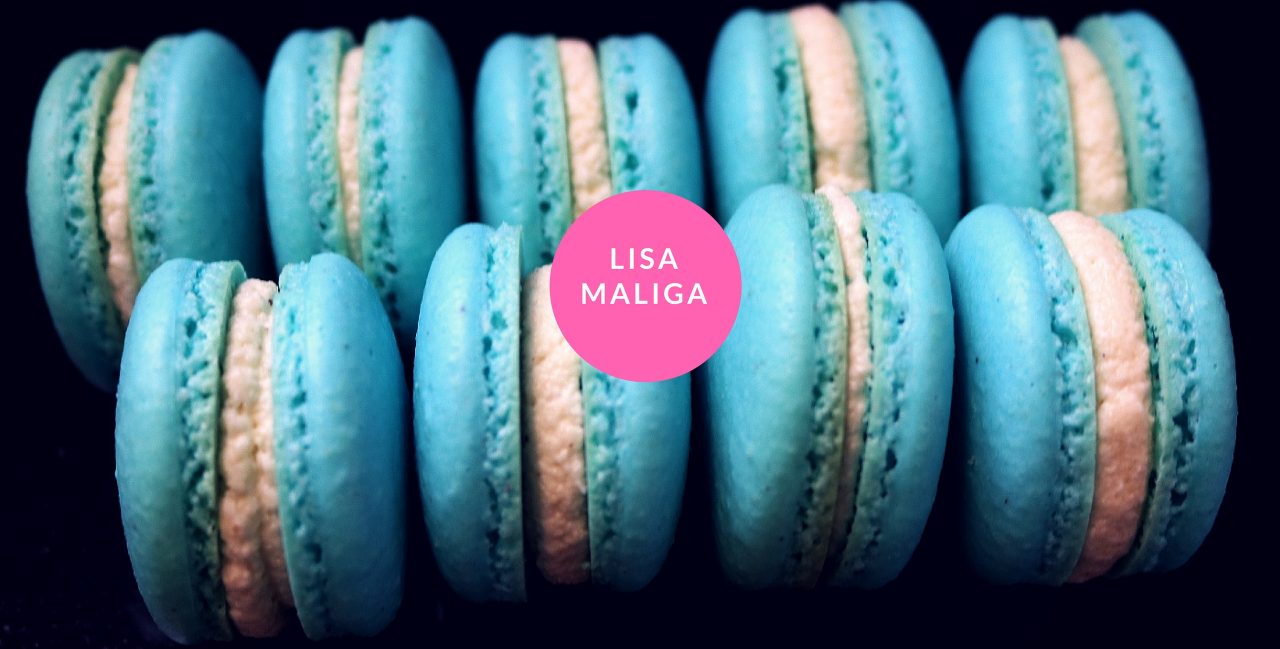 I attended a flower festival at the age of four and my mom couldn’t keep me from trying to sniff all the fresh and fragrant blooms. When it came to food, I didn’t taste first; I used my impressionable sense of smell. The beef stew always got an unhappy sniff, while anything dessert like was allowed to linger, appreciated by my fussy sense of smell.

My quest for the simplest yet most compelling scent of all, vanilla, led me from the avenue of pure aromatherapy grade essential oils into the streets of synthetic fragrances. I had found a marvelous vanilla absolute from Madagascar but when my supplier vanished, I was left minus the sensuous aroma that I adored.

I ordered my first vanilla fragrance oil [commonly referred to as an f.o.]. When it arrived, I opened the bottle and took a hesitant whiff. Surprised, I took another, longer sniff of the vanilla f.o. It smelled like vanilla, no question about that! The cost was kinder on my credit card, and the amount was larger, too. But what happened when it was poured into a batch of soap? Would it hold up in my new concoction of oils that were blended into whipped shea butter or melt and pour soap? I’d read of scents smelling great out of the bottle [OOB] but turning into something quite different when added to bath & body products.

The world of aromatherapy is comprised of scents that originate directly from plants and their various parts: flowers, roots, fruit, bark, or leaves. If you buy a bottle of lavender essential oil [abbreviated as e.o.’s] from a reputable source you will find it has four attributes listed on the label: country of origin, Latin [botanical] name, part of plant used, and method of distillation. [Cold pressed, steam distilled, etc.]. Highly principled suppliers will even provide a fifth element, the principal constituents in classifying their essential oils. I was accustomed to this type of information readily provided for me. When I saw that plain brown glass container with just the words “Vanilla fragrance” and the supplier’s name and address, I knew I had taken my first shaky steps down Fragrance Street.

Tuberose absolute, $200 per oz., was another costly floral that I wanted to add to my list of favorites. This white flower’s petals were so delicate that their sweet aromas were removed in a process that involved solvents, classifying it as an absolute, rather than a pure essential oil. Still, an absolute was superior to a mere fragrance. I decided to try a tuberose fragrance for a few dollars an ounce and when it arrived, along with some buddies doing impersonations of rose, jasmine and sandalwood, I was in a state of nasal bliss. The tuberose resembled those fragrant white buds, and the other florals sung a sincere imitation of their live counterparts. Sandalwood from India or even Australia was beyond my means [back then] but the sandalwood f.o. was reputed to contain Indonesian sandalwood e.o. and so it was somewhat natural.

Blending became another passion that was easily indulged with less costly fragrances. I made my first sandalwood-rose combination and came up with more blending ideas, including a few citrus essential oils that I had bought. I searched the library and the ‘net to find ideas and soon had pages of notes of what fragrances were able to be combined to create layers of scents. From fleeting top notes such as neroli [orange blossom] and lemon to middle notes that would involve longer lasting scents like lilac and sweet pea to the deeper and sultriest notes such as vanilla and patchouli. Perfumery was based on music and a perfumer was considered the conductor.

While I wasn’t a perfumer, I bought fragrance duplications, a/k/a dupes. I soon amassed a supply of impressive dupes to store in my kitchen cupboard: Chanel, Thierry Mugler, Guerlain, Bvlgari, Burberry, Viktor & Rolf, and Vera Wang. Also filling my shadowy [essential oils and fragrances needed to be stored in a cool, dark place] storeroom were imitations of Bath & Body Works and Victoria’s Secret scents. My fixation on various fruits like mango, coconut, pineapple, banana, and several berry scents were being stocked in an expanding collection of alphabetically ordered scents. The fruity phase morphed into desserts and now I had calorie-free chocolate, variations of vanilla, brown sugar, pumpkin pie, and cinnamon bun scents.

You can read more about fragrance and essential oils in The Joy of Melt and Pour Soap Crafting.

By Lisa Maliga, copyright 2022 Want to have a great big chewy cookie for a dessert, snack or even a meal replacement? The Mega Oatmeal Raisin & Walnut cookies will qualify. These big, chunky cookies have nice, plump raisins due to soaking them before mixing all the ingredients together. These aren’t just any oatmeal raisin […] 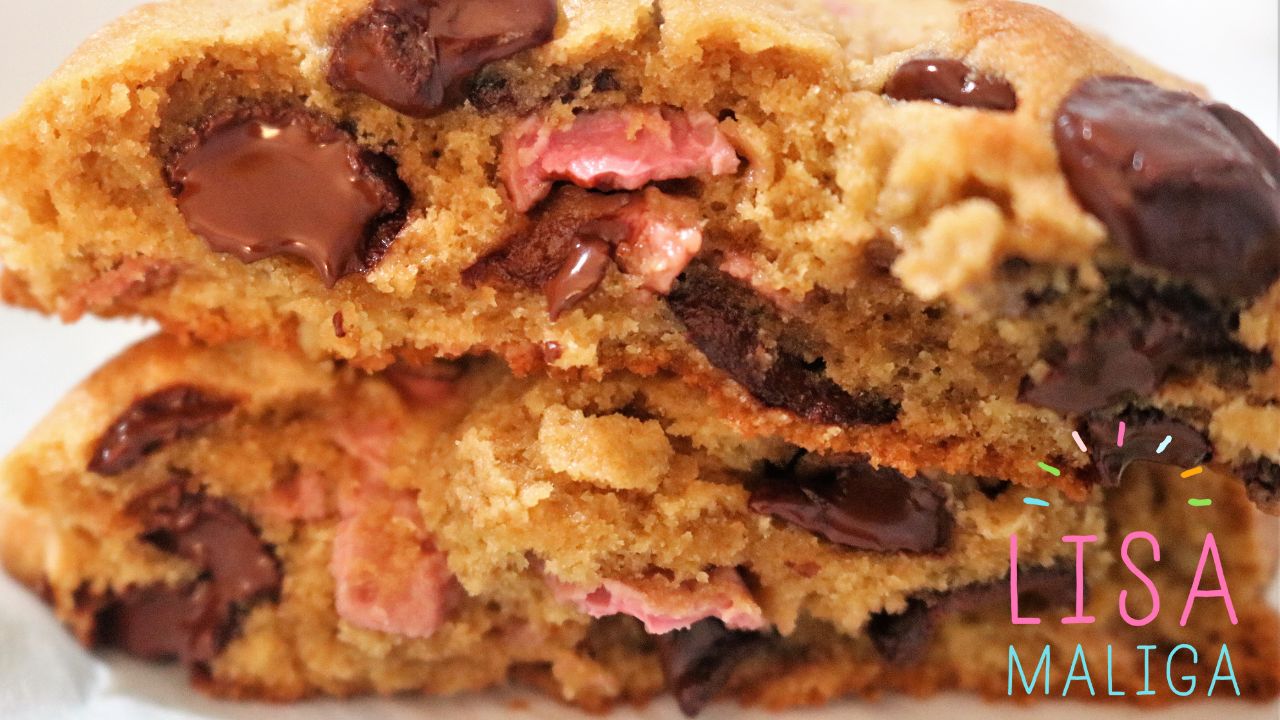 Copyright 2022 by Lisa Maliga This recipe is similar to the big, 6-ounce Levain-style cookies, but there are distinct differences. My recipe calls for ruby chocolate, the cookies are slightly smaller at four ounces, and I used three different types of sugar to enhance these distinctive cookies’ flavor. I also used a good amount of […] 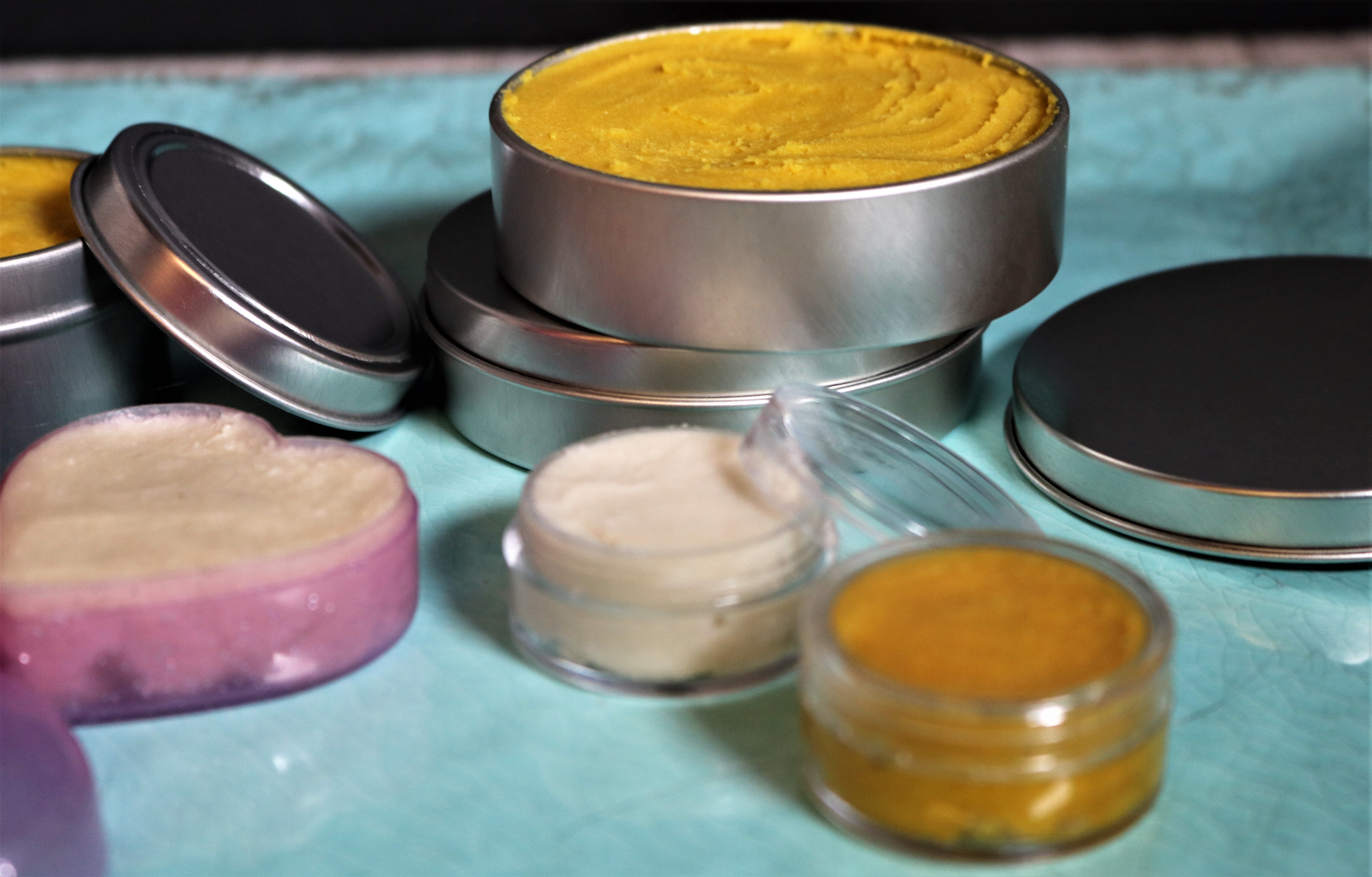 By Lisa Maliga, copyright 2022 I’ve finally got around to updating my first book about shea butter. I’ve added more photos, resources, and a new cover. In NUTS ABOUT SHEA BUTTER the reader will discover shea butter’s benefits, its numerous applications, and how to get optimal use from this healthy and natural nut fat. Learn […] 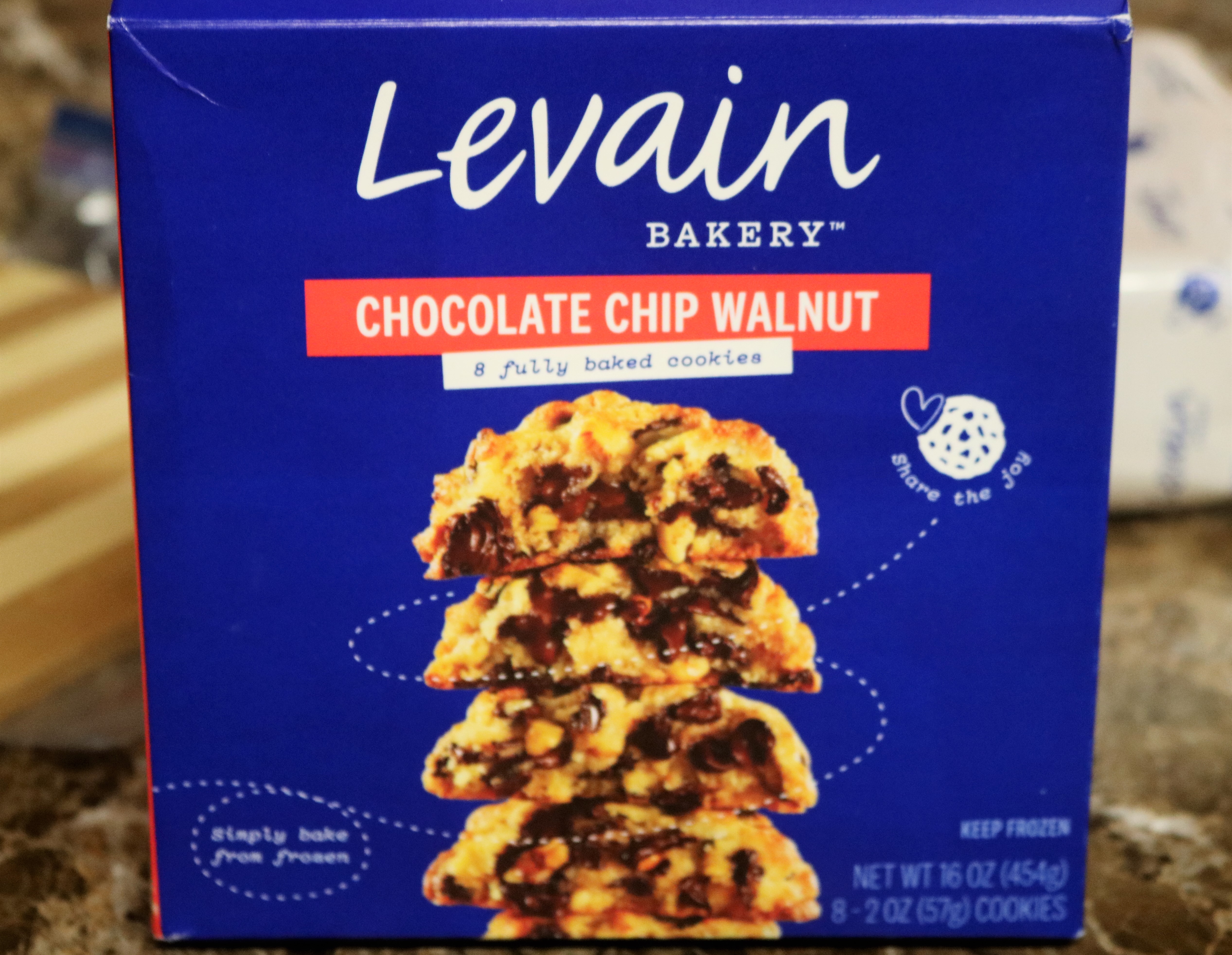 By Lisa Maliga copyright 2022 I’m a huge fan of Levain style chocolate chip walnut cookies. Yes, I refer to them as style, as I’ve never tasted the large six-ounce cookies from the New York City bakery. Even if I ordered them online, they’d still have to be heated up in the oven to get […]

by Lisa Maliga, copyright 2022 If you like big cookies, have I got a recipe for you! These jumbo chocolate chip walnut cookies are similar to the famous Levain Bakery cookies. But they differ in two ways: the cookies are just over four ounces, [Levain’s are 6 ounces], and contain pure vanilla extract. They are […] 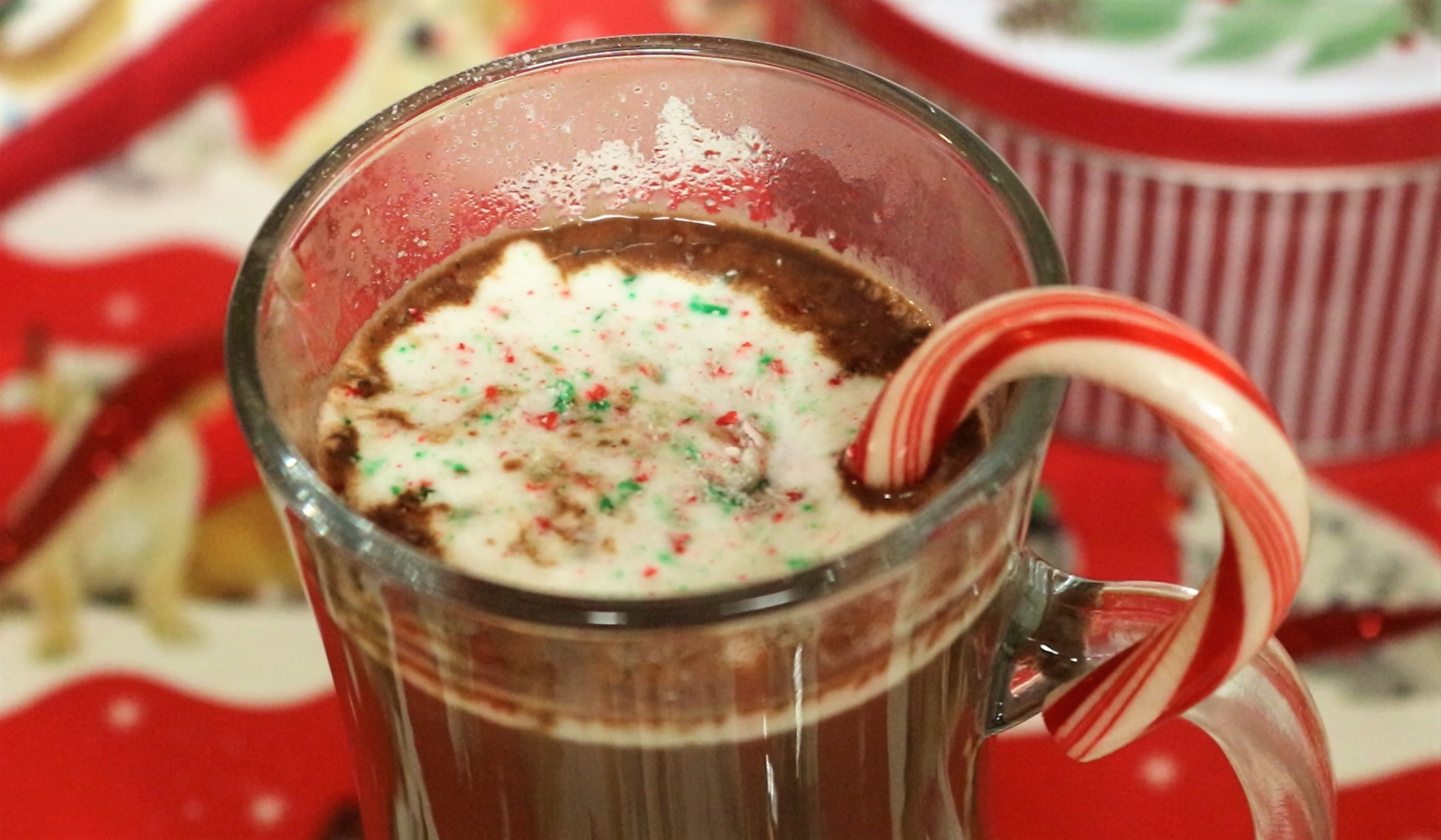 By Lisa Maliga, Copyright 2021 There is something very comforting about having a cup of hot chocolate on a cold winter’s night. When I was a child, I had two options for drinking hot chocolate: Swiss Miss packets with mini marshmallows, or the “homemade” type heated up in a saucepan with milk and a scoop […]